REFLECTIONS ON EDUCATION IN SPAIN

Our Western pre-university educational system has been in a crisis for over a century. In a great part of Europe it has lived constantly on the throes of death for the last 40 years, that is, since we have become conscious of the critical state of education. The attempts to overcome this situation by means of reforms have done nothing but make clear how terminal this situation is. The history of the 20th century is full of praiseworthy though isolated initiatives, of admirable drives to teach people to read and write, of plans and schemes cut down by political changes and fights between parties, of efforts to bring basic education within reach of all and even to make continuance through secondary education compulsory, and to improve the quality of the system. However, such initiatives are not ideas. The desperate lack of joint ideas that could bring about real solutions within the overall compared western system of education is clearly perceived.

When there is a crisis, nerves become taut. It is education policies that most differ in the policies of parties that scarcely differ on other matters. Crisis is an accepted fact, but everyone opposes everyone else without giving any good reason for doing so, for prejudices, when basically they all agree on nearly every thing else. Socialists and liberals, right or left wring, democrats and republicans, labor or the Christian democratic parties are all equally lacking in ideas. Education is the priority for the generality of the institutions of today's modern society. Before, it occupied a major part of political programs, but little by little the lack of ideas has been reducing these programs and burning the straw that was their stuffing. There remain only the drastic statements of change on one side or the other because, "what I say is true, as you will now see", as Cervantes has D. Quixote said.

Disquiet and discouragement in this sector are important. The state administration and the non-governmental initiatives work in parallel; some lost and the others unprotected. Patches and poultices are no longer any use. The principals of educational centers, labor unions, employers, parents and pupils live in perpetual concern in the face of so much inefficient "improvement on the reform of the proposal to abrogate the criteria of change…" The need of peace for schools should be one of Europe's most cherished possessions. History gives us examples of educational impositions caused by political changes that contributed to create a breeding ground for wars. Such was the case of Alsace-Lorraine at the beginning of the last century. A famous French president confessed that one suffers when ideologists and demagogues infiltrate themselves into ground that should be sacred to every Frenchman: the education of their children.In this respect, I would like to recall the European Parliament's Resolution on freedom of education in the European Community (14 March 1984) that states: "The right to freedom of education implies the obligation for member States to render possible, financially as well, the practical exercise of this right and to grant (private) schools the public subsidies necessary for the exercise of their task and for the fulfillment of their obligations under conditions equal to those enjoyed by the corresponding public schools, without any discrimination against the organizers, parents, pupils and staff. Notwithstanding this, however, freely established schools shall be required to make a certain contribution of their own as a token of their own responsibility and as a means of supporting their independent status".

As we can see, freedom and money go together, but peace must come first. Peace will only be possible if we look and listen to one another. Peace at school must come first. Pushkin stated that "the most solid and efficient changes are those that are brought about by improvement of customs and without violent upheavals". Peace in education is needed to improve in quality and to increase in quantity and coverage. 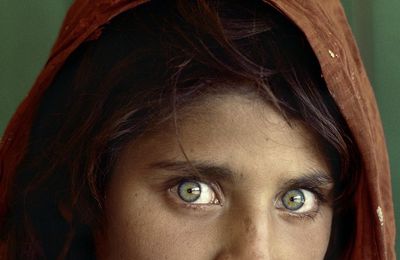 A que no me reconoces